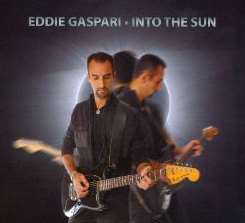 Into the Sun is the fourth studio album by Seattle post-grunge band Candlebox. Released in 2008, it is their first album since 1998's Happy Pills and would mark both the band's studio return after a seven-year hiatus as well as their first album with Silent Majority Group. In 2005, Kevin Martin wrote a song entitled "Stand. However, he felt the track didn't suit his current band, Hiwatts, and that it was "just too Candlebox. By the following year, Rhino Records, through Warner Bros.

While working on a single with Rage Against the Machine's Tom Morello, Bassnectar has more rock-inspired, melodic goodness in the works. Recording and background. Into the Sun is a 2005 American action film directed by Christopher Morrison, and written by and starring Steven Seagal.

The Sun", "Sun", "Sun Online" are registered trademarks or trade names of News Group Newspapers Limited. To inquire about a licence to reproduce material, visit our Syndication site. View our online Press Pack.

Albums related to Eddie Gaspari - Into the Sun: