referencing Marillion´s "Script" Revisited, 2xLP, Album, RCV149LP. absolutely brilliant rendition, shame the tracks are split but I spoke to mick pointer and he said he wanted them to run true to the original album because when it was recorded it was played out of sequence. Reply Notify me Helpful. Marketplace 14 For Sale from €1. 0.

The release date for Marillion’s Script Revisited is 03/03/2014. It’s a double live CD recorded at De Boerderij, Zoetermeer, Netherlands on the 16th March, 2013 to coincide with the 30th anniversary of the release of Marillion’s Script For A Jester’s Tear album. It’s been recorded and mixed by Simon Hanhart (), the original recording and mixing engineer on Script For A Jester’s Tear for EMI in 1983.

A tribute to one of the best if not the best Neo-Prog album, (don't like that label but this is another debate) with musicians from other prog rock bands and with ex- Marillion member, Mick Pointer. The full album and many great songs from B-sides of the band are played. They choose the right vocalist, Brian Cummings singer of The Carpet Crawlers Genesis tribute band, and also singing in the new Peter Gabriel tribute. He has the shape and the big voice to match Fish vocal range. And this is what make this tribute a success

The Mick Pointer Band played the entire album once again at Cultuurpodium Boerderij, Zoetermeer on the 16th of March, 2013. This concert coincided with the 30th anniversary of Marillion's Script For A Jester's Tear. Well, recently the audio recordings of this concert have been released on a double live CD called Marillion's 'Script' Revisited. It was recorded and mixed by Simon Hanhart, who produced albums for Toyah, Asia and Arena as well. He was the original recording and mixing engineer for EMI on Script For A Jester's Tear in 1983. The performances of The Mick.

Michael "Mick" Pointer (born 22 July 1956), originally from Brill in Buckinghamshire, is an English drummer. He is known for his work in the neo-progressive rock bands Marillion and Arena. Away from music, he has also worked as a kitchen designer. Pointer was the original drummer and founding member of Marillion. He appeared on the band's debut EP Market Square Heroes (1982) and debut LP Script for a Jester's Tear (1983). Pointer later gathered a band for "Mick Pointer's Script for a Jester's Tear tour", comprising Brian Cummings (Carpet Crawlers) on vocals, Nick Barrett (Pendragon) on lead guitar, Mike Varty (Credo) on keyboards and Ian Salmon (Arena) on bass guitar, to perform Marillion's debut album for its 25th anniversary. Pointer had originally intended to call it "Mick Pointer 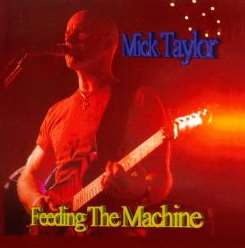