Without doubt, the highlights of the soundtrack to the first game were the battle themes. Sakuraba once again mainly utilises the guitarist Tohru Iwao (from Guilty Gear X: Heavy Rock Tracks), though there is a greater variety of tunes, with a total of eight main battle themes, with one or two more scattered deep into the score. This leaves us to "Iconoclasm", arguably the strongest battle theme on the album itself. It's magnificently composed with the support of Iwao's electric guitar. Fast-paced and well-driven, this is how I like my battle themes. Certainly, this does not mean that the battle themes are the strongest pieces on the soundtrack. We are blessed with some truly outstanding tracks too. "Ancient Hometown", a town theme, is both elegant and eloquent, being built up of harp, chorus and strings. 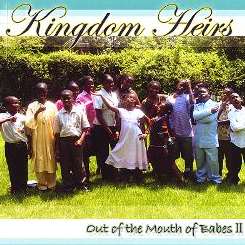 Kingdom Heirs - Out of the Mouth of Babes II album mp3