The Gravity of Pratyahara.

Indriya-pratyahara, or control of the senses, is the most important form of pratyahara, although this is not something that we like to hear in our mass media-oriented culture. Indriya-pratyahara gives us the tools to strengthen the spirit and reduce its dependency on the body. Such control is not suppression (which causes eventual revolt), but proper coordination and motivation. The Right Intake of Impressions. Pratyahara is about the right intake of impressions. Most of us are careful about the food we eat and the company we keep, but we may not exercise the same discrimination about the impressions we take in from the senses. We accept impressions via the mass media that we would never allow in our personal lives.

Gravity is the fifth studio album by the Canadian rock band Our Lady Peace. It was released on June 18, 2002 by Columbia Records in North America. The album became a worldwide success, charting highly both in Canada and the United States with the hit singles "Somewhere Out There" and "Innocent". The album title, Gravity, was inspired by the chorus lyrics "Falling back to me, defying gravity" from the track "Somewhere Out There".

The Book of Micah is the sixth of the twelve minor prophets in the Hebrew Bible, Old Testament. Ostensibly, it records the sayings of Micah, whose name is Mikayahu (Hebrew: מִיכָיָ֫הוּ), meaning "Who is like Yahweh?", an 8th-century BC prophet from the village of Moresheth in Judah (Hebrew name from the opening verse: מיכה המרשתי)

Pratyahara (Devanāgarī प्रत्याहार, Tibetan སོ་སོར་སྡུད་པ་, Wylie so sor sdud pa) or the 'withdrawal of the senses' is the fifth element among the Eight stages of Patanjali's Ashtanga Yoga, as mentioned in his classical work, Yoga Sutras of Patanjali composed in the 2nd century BCE. It is also the first stage of the six-branch yoga (ṣaḍaṅgayoga) of the Buddhist Kālacakra tantra, where it refers to the withdrawal of the five senses from external objects to be replaced by the mentally created senses o. .

Albums related to Micah Mortali - The Gravity of Pratyahara: 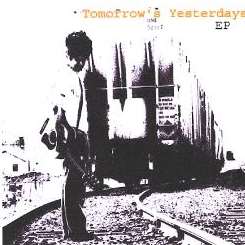