Ernst Kovacic is a leading performer throughout Europe and the USA. His recent guest engagements include appearances with the Vienna Philharmonic and Vienna Symphony, Rotterdam Philharmonic Orchestra, Czech Philharmonic, Prague Symphony, Detroit Symphony, Budapest Symphony, Netherlands Radio Philharmonic, Tivoli Symphony and the Radio Symphony Orchestras of Berlin, Bayerischer Rundfunk, Sudwestfunk, Hessischer Rundfunk, Norddeutscher Rundfunk and the Berlin among many others. He gave a performance of the Schoenberg Violin Concerto at the BBC Proms and has appeared at the Edinburgh Festival, the major festivals of Berlin, Vienna and Salzburg, as well as the Ultima Oslo and Prague Autumn Festivals

Entrance is free, and the repertoire will include hit songs about travel and the beautiful Holberg Suite composed by Edvard Grieg and performed by the Wroclaw Chamber Orchestra Leopoldinum under the direction of Ernst Kovacic. A real stunner! Możdżer vs. Górecki (Friday the 6th of June, 7:00 . Saturday the 7th of June, 6:00 . A busy end of the season for the Baroque Orchestra (Sunday the 22nd of June, 8:30 . Monday the 23rd of June, 7:30 . The Wroclaw Baroque Orchestra is also closing the season with two non-ticketed concerts in the Cathedral of St. John the Baptist in Wroclaw. First, on the 22nd of June, there will be an evening with special attractions – Mozart’s Symphony in G minor and Mass in C minor with an interesting cast (including the soprano Aleksandra Kubas-Kruk and the tenor Nicholas Mulroy). 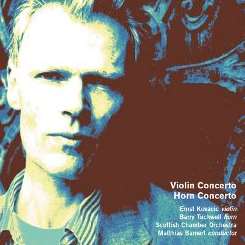