From 2004 Ricordo Album - Electromantic Music - Memory We stared at the sun, You were in my arms. I can't help But thinking of you again and again.

The album in question is Ricordo. Simultaneously, after the good work done by Kalevala, the Finnish Association Colossus, yet with Musea Records, proposes Nicola to participate in the new project dedicated to "C'era una volta il west" of Sergio Leone: Spaghetti Epic. Italian project RANDONE is the creative vehicle of composer and musician Nicola Randone, and first appeared on the scene in 2002 with the album "Morte Di Un Amore". Since then Randone has been a stable and active creator of music, with one collection, a DVD and 6 studio albums released under this moniker to date.

Ricordo (Memory) has been described by many people as an album of transition and I would not disagree. Effectively just a short time had passed since Nuvole di ieri and after the collaboration with Colossus for Spaghetti Epic my label wanted the song Jill to be used to launch a new Randone’s album. In my view, I had many songs written at different times that I would have liked to record properly 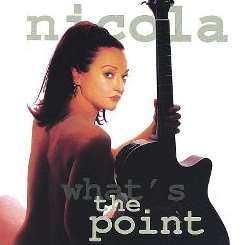