Liner Notes from Empathy: I first met Tony Gaboury in 1977 at a session I had put together with pianist Mark Perry at a small recording studio. Tony came along with the bass player I had invited. We played for a few hours- standards and jazz tunes- and I asked for his phone number so that we might play again. I don’t think he said one word all evening.

Gaboury's compositions were originally written as settings for the work of Massachusetts-born poet Robert Creeley. Common to all tracks is a sense of understatement and restraint, resulting in a session of pensive playing.

At Last is a 2003 album by American singer Cyndi Lauper. It made the top 40 of the album charts in both the United States and Australia. The album features a duet with Tony Bennett on "Makin' Whoopee". Lauper co-produced the album with Russ Titelman. The album consists of a collection of cover versions of jazz standards songs, in addition to a cover of a contemporary song re-arranged into a jazz song.

Stephen Gaboury is an American musician, producer, composer, arranger, and musical director. In 1988, he created Livewire Production & Recording, a full production digital studio located in Manhattan's Tribeca district. Since 2001, Gaboury has toured internationally with Cyndi Lauper, with whom he received a Grammy nomination for best arrangement in 2004. 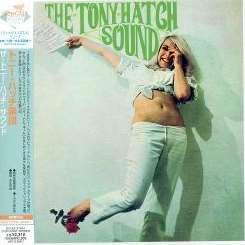