34 USD. Kim Lenz, the Los Angeles-based rockabilly queen is back with her fourth studio album, Follow Me which continues the passionate driving sound that built her reputation.

Rockabilly diva Kim Lenz's first album since 2009's It's All True, 2013's Follow Me, is a smoky, swaggering, old-school rockabilly celebration that beautifully showcases Lenz's furious vocals. The album was produced by journeyman roots music pianist Carl Sonny Leyland and features Lenz's backing ensemble, the Jaguars, including guitarists Ashley Kingman and Ramon Espinoza, bassist Kevin Stewart, and drummer Kevin O'Connor. Recorded on vintage tube equipment to two-inch tape - in mono no less! - the album is the epitome of purist rockabilly. It's also the first album Lenz recorded since losing her longtime friend and occasional bandmate Nick Curran, who died from cancer in 2012. However, rather than letting these setbacks drain her creativity, Lenz emerged from her period of turmoil with a stronger sense of self and a renewed rock & roll vision.

Complete your Kim Lenz And The Jaguars collection.

Four years after her last LP, this fiery-haired former Dallasite returns with a snap, crackle, and romp that breathes new life into the familiar tropes of roots revivalism. Fronting cover art that doesn't recall a Fifties pulp novel, Follow Me expands on Lenz's previous work with a mix of maturity, depth, and zing, beginning with the fact that her vocals never sounded better. Between sultry, playful phrasing on the d title track and a barely hinged growl in the chorus of "Cry Wolf," she displays exceptional stylistic confidence and control. 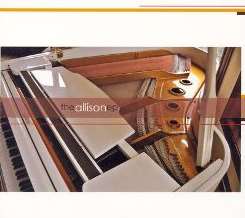