Live The Storm by Disfear, released 22 January 2008 1. Get It Off 2. Fiery Father 3. Deadwieght 4. The Cage 5. The Furnace 6. Live The Storm 7. Testament 8. In Exodus 9. Maps of War 10. Phantom D-beat defenders Disfear strike back with its long-awaited new full-length Live The Storm. Live The Storm delivers a new-found ferocity and intensity captured by engineer Kurt Ballou (Converge, Coliseum, Doomriders, Animosity). That's all there is to say about this album.

Come get it while it's hot! disfear. Live The Storm Zip Hoodie Black from Disfear. 25 December 2018 ·. Hello cassette lovers! First ever official Disfear cassette to be released by Grind Ears in January.

Live The Storm is a 35 minute assault of heavy power chords, pounding drums and bass, layered with southern sounding leads and throat wrenching yells. Get It Off opens up with one of said leads that quickly turns into a speakerful of organized chaos. The chords are loud, the drums are fast, the leads are squealing all over the place and the singer is shrieking over everything. 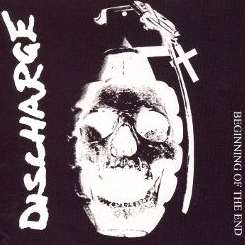