Redux: The First 10 Years is a studio album by Canadian post-hardcore band Silverstein, released in 2019 independently by the band themselves. The album consists of 12 re-recorded songs from their first four albums which were released in their first ten years as a band. Silverstein formed in February 2000 in Burlington, Ontario.

The First Ten Years (Joan Baez album). The First Ten Years is a 1970 Joan Baez compilation album, which rounds up highlights of her first decade with the Vanguard label. It was her first "official" compilation, and includes material ranging from her early 1960s traditional folk, through her Bob Dylan and Phil Ochs covers, to her later experiments with classical orchestration and country music.

The State Tretyakov Gallery Launches The First International Festival VIVARTE. The State Tretyakov Gallery will host the First International Festival VIVARTE. The festival has a unique concept making it one of a kind. Six concerts of classical music, 25 participants, 16 works of Russian and West European composers of the 19–20th centuries, a music promenade and a jazz evening - this is the festival’s program. An exhibition of one masterpiece from the reserve stock of the Tretyakov Gallery will accompany each concert. The VIVARTE festival will end on June 05 with a music walk between the two buildings of the Tretyakov Gallery - from Lavrushinsky Lane to the Crimean Bridge. On the way, they will give several impromptu mini-concerts. In the evening, all the musicians will join for a rousing jam session under the leadership of renowned Ivanov Brothers jazz project.

The album features all-new recordings of 12 classic songs from the band's first 10 years as a unit. Consider it a "sonic update" of some of the most beloved tracks in the band's catalog. SILVERSTEIN is releasing this special album direct to fans. 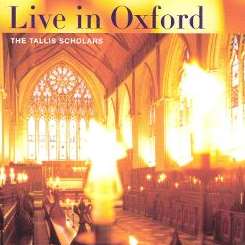