Yonder Shore" is a collection of 8 original songs and 4 traditional tunes. Jim's interest in world music and literature is supported by some good musical friends who contribute on a variety of instruments that include; Hawaiian slack key guitar, Turkish cumbus, zils, Hammond B3 organ, piano, wooden spoons, acoustic bass and percussion. Come Along," one of 7 new vocals opens the album with a melody created after Jim was playing the Appalachian dulcimer and harmonica for a patient in the ICU at the University California San Francisco Cancer Center.

Here is a video of 2 of my songs from my newest cd, "Yonder Shore" which I play on guitar, harmonica and sing. The first song, "Dusk & Dawn" is a solo performance and "Yonder Shore," features the beautiful dancing of Anita Lalwani. The performances are from a concert at the UCSF Helen Diller Family Cancer Center in San Francisco as part of a weekly world music series sponsored by Dr. Jeffrey Pearl, Dean of Medicine and by the Art for Recovery program where I have worked for the past 20 years as a musician, see bio.

Distant Shore is the second solo album by Irish singer Órla Fallon. It was released in September 2009 under label Spring Hill Music Group. It was also released in 2010 under the label Green Hill Music on April 20, 2010. The album was produced by Dan Shea and Eoghan O'Neill. It was recorded at Windmill Lane Studios in Dublin, Ireland and at Dark Horse Studios in Nashville, Tennessee. The album "mixes traditional, contemporary, and original compositions. Shannon Forrest - drums. 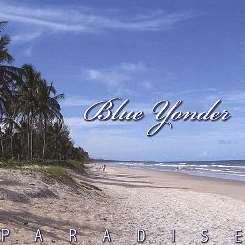