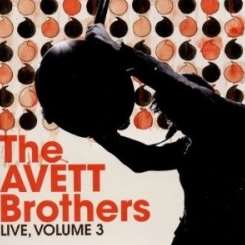 Mignonette by The Avett Brothers was released on July 27, 2004.

The Avett Brothers will release their tenth studio album titled Closer Than Together on October 4, 2019. It will be their thirteenth album overall, not including promotional EPs or live albums. This will be the fifth Avett Brothers album produced by Rick Rubin on his American Recordings label. The band has recently released three singles from these recording sessions, and have mentioned these songs will not be on the album.