Hear and Now is the second and final album by Butts Band, released in 1975. With the exception of founders Robby Krieger and John Densmore, the band consists entirely of different musicians than the band's debut album. Both albums by the Butts Band were repackaged together and released in 1996 as One Way label's, "The Complete Recordings". Two studio bonus tracks, "That's All Right" and "Lovin' You For All The Right Reasons", were added to the album. Get Up, Stand Up" (Bob Marley, Peter Tosh).

Alice In Chains vocalist/guitarist William DuVall debuted a new track titled Til The Light Guides Me Home on today’s (July 21st) episode of ‘BBC Radio 1‘s ‘Rock Show With Daniel P Carter‘. You can hear it in the player located here, skipping ahead to 1:01:17 in. It’s the first single from his upcoming debut solo album, One Alone, due in stores on October 04th. According to the aforementioned show’s host, Daniel P Carter, Duvall described the album as being ‘one voice, one guitar. You can catch Duvall out now with Alice In Chains and more on their current summer tour with Korn and more.

Listen to the biggest hits from William Woods, including As If We Never Said Goodbye, Queen Liliuokalani, Inside Job, and more on Slacker Radio. FEATURED. Every Part of Me. Hawaiian Classics II.

Albums related to William Woods - The Hear and Now: 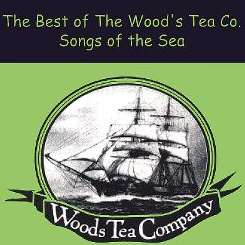