Conductor Scott MacPherson is Professor of Music and Director of Choral Studies in the Hugh A. Glauser School of Music at Kent State University. In addition to conducting the KSU Chorale and Kent Chorus, Dr. MacPherson leads the graduate choral conducting program. Before moving to San Antonio, he served on the choral faculty of the University of Wisconsin-Madison School of Music where he was a colleague of the late Robert Fountain. In addition to his collegiate work, MacPherson is the founding Artistic Director of three choral groups of distinction-the Isthmus Vocal Ensemble, the San Antonio Chamber Choir, and most recently, the Cleveland Chamber Choir, which debuted in November of 2015. MacPherson retired as Artistic Director in 2017. The San Antonio Chamber Choir, a professional choir of 24-32 singers, made its debut under MacPherson’s leadership in 2005.

The Ear asked Scott P MacPherson (below), formerly of the University of Wisconsin-Madison School of Music and now the director of choral activities at Kent State University in Ohio, to talk about the anniversary and concert. MacPherson is the founder and artistic director of the Isthmus Vocal Ensemble. I also approached my dear friend composer Andrew Rindflebisch (below), a UW-Madison alumnus who now serves as professor of music and heads the composition program at Cleveland State University, about sharing in our celebration by writing a choral-orchestral piece especially for IVE. I asked Andy for a brief piece to serve as an opener for the Brahms. Song of Jubilation is a fanfare, a short celebratory anthem of power and beauty. 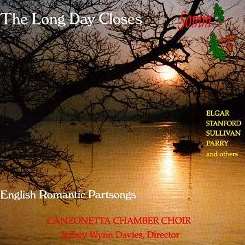