Earth, Wind & Fire is the self-titled debut studio album by the band Earth, Wind & Fire, released in February 1971 by Warner Bros. The album got to No. 24 on the Billboard Top Soul Albums chart.

Earth, Wind, & Fire is the debut album released on Warner Bros. The music on this album is much tougher and more raw than the sound the group later became famous for. The vocals are very much a collaborative effort. Leads are freely traded, and many lines are sung by multiple voices.

This brief overview of one of the foremost bands of the 1970s and '80s includes popular hits like the romantic "After the Love Has Gone" and the gorgeous, swaying "That's the Way of the World," as well as drummer Maurice White's hypnotic kalimba playing on "Evil," and the bass-popping, funky "Mighty Mighty. Also featured here are the impossibly tight "Serpentine Fire" and the joyous "Sing a Song," the latter of which isn't so much a cure for the blues as a full-on exorcism.

Earth, Wind & Fire’s first album - recorded at a time when the group recently had ties to the Chicago soul and jazz scenes, and a range of experience that ran the gamut from work with Sun Ra, the Artistic Heritage Ensemble, The Pharoahs, Ramsey Lewis, and countless other influential groups. Headed up by Maurice White on drums and percussion, the group forged an amazing blend of all these influences, creating a future soul sound that pushed black music to the next level - taking a wealth of previously underground modes of expression, and fusing them into a soaring sound that would soon put.

Earth, Wind & Fire (abbreviated as EW&F or simply EWF) is an American band that has spanned the musical genres of R&B, soul, funk, jazz, disco, pop, rock, dance, Latin, and Afro pop. They have been described as one of the most innovative and commercially successful acts of all time. Rolling Stone called them "innovative, precise yet sensual, calculated yet galvanizing" and declared that the band "changed the sound of black pop". VH1 has also described EWF as "one of the greatest bands" ever. 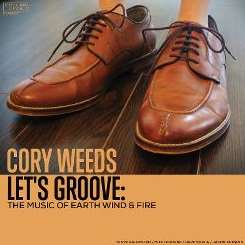