Waves of Visual Decay. One of the best songs by Communic. Funny enough this song kinda describes me atm lol. No movie, just the song :).

This is a new, unopened CD in its original packaging.

With their surprisingly accomplished debut album, Conspiracy in Mind, Norwegian trio Communic showed that they were precociously talented for a brand-new group (albeit one staffed with semi-veteran players); their second, 2006's Waves of Visual Decay, then revealed them to be incredibly prolific as well, arriving in stores no more than one year after its predecessor

Norwegian trio Communic returns with the follow-up to their head-turning 2005 debut, Conspiracy In Mind. This year’s release is called Waves Of Visual Decay, and offers 7 compositions scattered across no less than 99 tracks! The Music The multiple track divison of each song reveals no aparrent purpose, rather than leaving the listener sore-fingered when skipping from one song to another. That aside, Communic picks up where they left off and serve pretty hard-hitting, yet melodic and dynamic, Metal with Progressive hints. The Verdict This album hits you in the face as the riffs are shot out and the vocals take off towards a seemingly emotional abyss. It might take a few spins to sit properly, but the patient listener is rewarded. Yet, the album might lack character or distinction enough to peak and the risk is that it’s forgotten once archived on your shelf.

Waves of Visual Decay follows this trend that Communic set with it's earlier release, but more refined. This time around, there are no real ballads on Waves, but soft parts in almost every song (Under a Luminous Sky and My Bleeding Victim barred from this) that build up into what i would call an epic chorus-climax that just fills your ears with pure power, and fades away with some techinically proficient riffing from Oddleif himself. Why we would actually want a new Nevermore is beyond me, good as they are but I guess running the risk of jumping aboard the lazy fuck journalism bandwagon, the likeness is there to an extent.

Albums related to Communic - Conspiracy In Mind/Waves of Visual Decay: 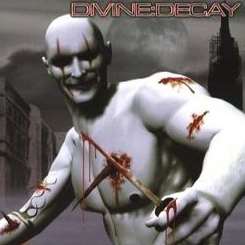